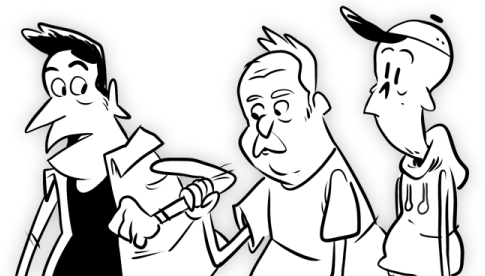 Mort is an autofictional account of becoming my father’s primary caregiver after he suffered a series of strokes. It is an unfinished piece of work because our story is ongoing. I hope reading it can help others caring for loved ones know they are not alone. 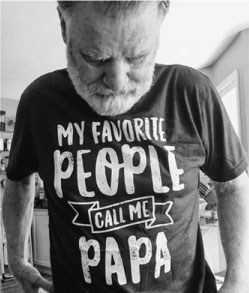 In 2018, my father suffered two back-to-back strokes in a matter of months. This started what would become one of the most challenging chapters of our lives. Unable to safely live independenly, my dad moved in with me and my life changed from being that of a freelance cartoonist to being that of a primary caregiver for an ailing parent.

My dad lost his independence, his home, and his hobbies. He went from being a retiree padding around his home in Texas with his dog and his model railroads to living in his oldest son’s basement in the pacific northwest and spending too much of his time in physcial therapy and doctor’s offices.

I went form being a full-time cartoonist to being my father’s primary caregiver. I lost most of my ability to work creatively and stuggled with seeing my father in a diminished state. 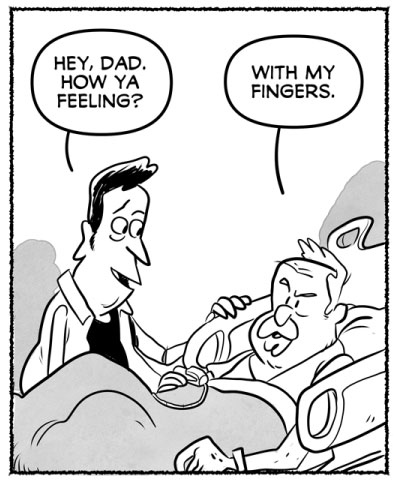 There were also walks in the dog park, family dinners and camping trips. In between therapy sessions, health scares and doctor visits we fit in a lot of laughter, love and living as much as we could.

For almost two years, my father lived with us, until a third stroke event took away our ability to care for him here at home. He’s now cared for by a round-the-clock staff at a wonderful group home we’re lucky to have found him. He’s only down the road and he still enjoys family dinners, visits from his granddaughter and any chance he gets to eat German food.

Mort was born from an exercise given to me by a therapist I was seeing to help me through the grief of losing my father slowly to vascular dementia. She suggested scheduled time for grieving in whatever form I saw fit.

I chose to make a comic strip about my dad.

When I started drawing Mort, I had no intention of ever sharing it with anyone, it was mearly a tool for managing my feelings. But soon it became clear to me that sharing Mort was the only way to let go of these feelings of grief.

As my father’s story continues, so will the strip. In the meantime I hope this glimpse into our struggles helps you with your own.